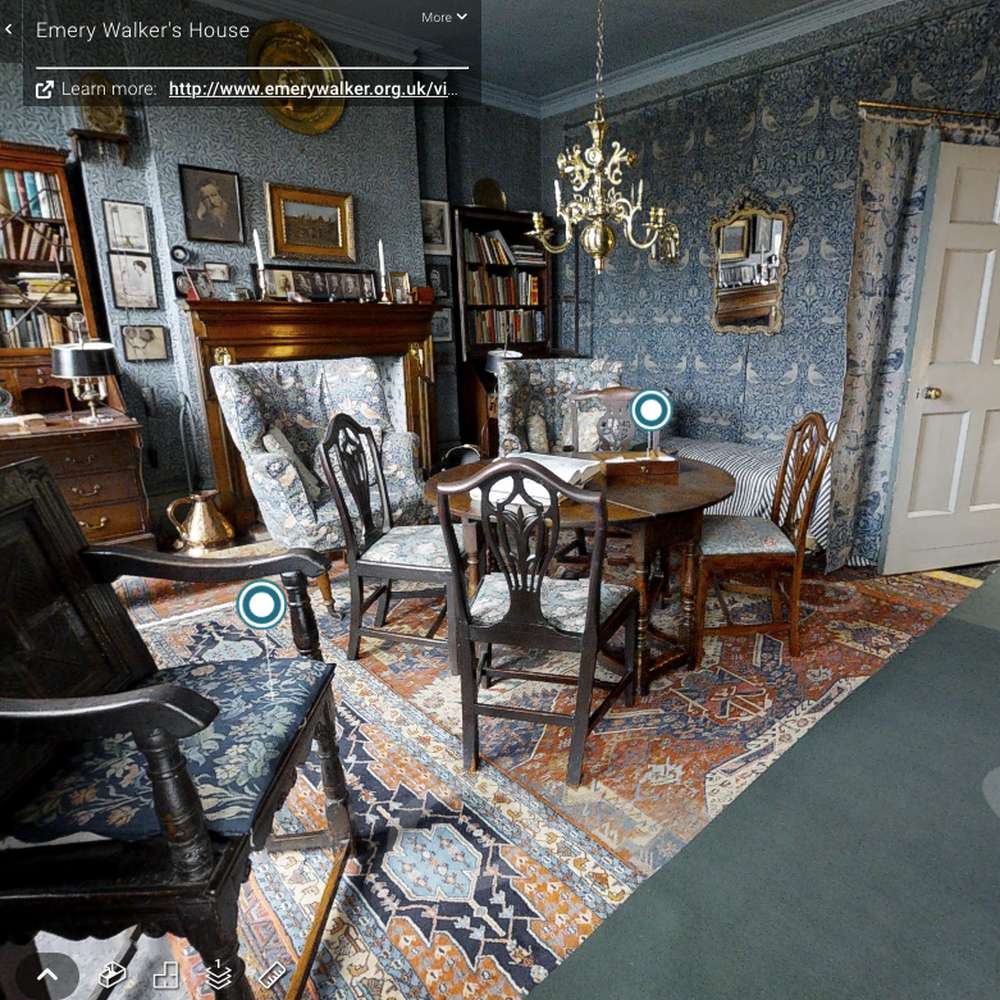 Walker moved to 7 Hammersmith Terrace in the 1870s, where he found himself neighbouring the bookbinder T. J. Cobden-Sanderson (1840-1922), the calligrapher Edward Johnston (1872-1944), and the art critic F. G. Stephens (1827-1907). A socialist with a particular interest in printing, Walker played a major part in the Arts and Crafts movement, and was a close associate of William Morris (1834-1896), who also lived nearby, at Kelmscott House.

Walker lived first at 3 Hammersmith Terrace and at Number 7 from 1903, at which point he directly transferred the bulk of his furniture. Preserved for posterity by his daughter Dorothy and managed by the Emery Walker Trust from 1999, Number 7 is displayed much as Walker left it. Typical of many of the homes of key Arts and Craft figures, it testifies to Walker's long friendship with William Morris, combining Morris & Co. textiles and furnishings with seventeenth- and eighteenth-century furniture, as well as Middle Eastern and North African textiles and ceramics.