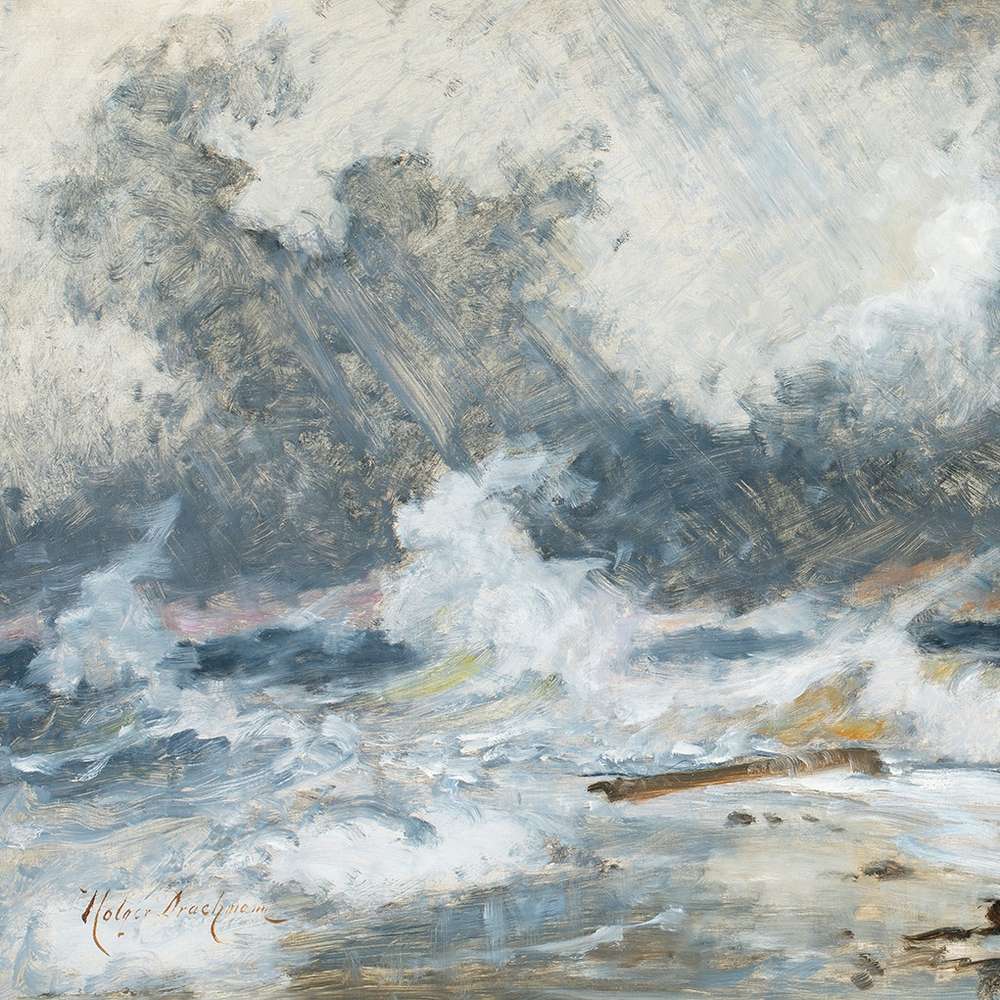 I am sea at Skagens Museum.

The sea is the central motif in the works of painter and poet Holger Drachmann (1846-1908). In the ever-changing sea, Drachmann discovered a subject matter, which could reflect his restless nature in art and literature. Drachmann was trained as a marine painter from The Royal Danish Academy of Fine Arts and thus hailed from a tradition, which had perfected the genre of marine painting through the 19th century. From early in his career, Drachmann was, however, also influenced by new aesthetic currents flowing in from continental Europe, where artistic movements like French naturalism challenged the ideals of bourgeois culture.

Early on, Drachmann in his paintings as well as his criticism distanced himself from the spotless ship portraits produced by artists like Christoffer Wilhelm Eckersberg and his followers, which lacked in realism according to Drachmann. It was, however, his poetic treatment of the sea in literature, which would eventually earn Drachmann a role as the poster child of the pan-Scandinavian Modern Breakthrough Movement.

I AM SEA explores the sea as a recurring subject in Drachmann's paintings with perspectives to his poetic production and to the highly experimental life, which Drachmann without compromise subjected to as a dedicated bohemian. The exhibition compiles works from the three collections, which was merged in 2015 into the Art Museums of Skagen. Beside works from Skagens Museum, the exhibition includes work from Anchers Hus and Drachmann's own house and studio museum, Drachmanns Hus.