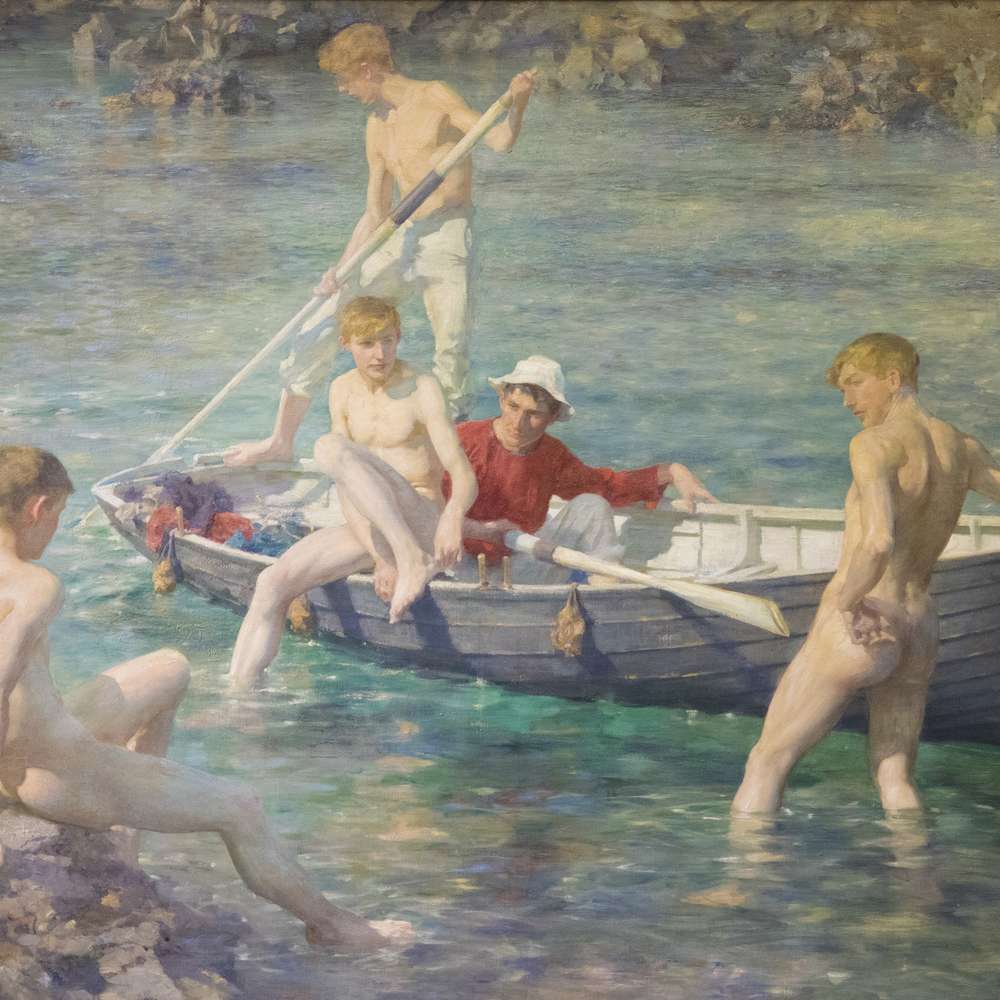 This exhibition explores how, both as an artist and an individual, Henry Scott Tuke navigated the shifting social, artistic and sexual dynamics of late Victorian and Edwardian Britain.

Tackling questions of training, art practice and a varied reception history, the exhibition brings together some of Tuke's most significant works, including All Hands to the Pumps! (1888-89, Tate), August Blue (1893-94, Tate) and the richly coloured Ruby, Gold & Malachite (1902, Guildhall Art Gallery, City of London).

Today – as in his lifetime – Tuke is best known for his distinctive depictions of nude male youths swimming, messing about in boats and sunbathing on Cornish beaches. Influenced by the colour and technique of the European avant-garde, Tuke strove to capture the chromatic effects of sunlight on skin, becoming a leading figure in the resurgence of the male nude in British art.

This exhibition is accompanied by a major new book on the artist published by Yale University Press (April 2021).