Ms Dominique de Font-Réaulx, Director of the Musée National Eugène-Delacroix, offers insights into the current and future renovations underway at the last place where Delacroix lived and worked

The Musée National Eugène-Delacroix is located in the last apartment and studio of Eugène Delacroix (1798-1863), one of the greatest French painters of the nineteenth century. Delacroix settled there in December 1857 in order to be as close as possible to the church Saint-Sulpice, given that he had received a commission in 1849 to decorate the Chapel des Saints-Anges in this building - one of the largest churches in Paris, built in the eighteenth century by the Italian architect and scenographer Giovanni Servandoni (1695-1766).

Such a prestigious commission was a challenge, even for an artist as experimental and gifted as Delacroix. It included the décor of the whole Chapel, that is to say one large painting on each wall and one for the ceiling. By 1856 the work was still to be done. Delacroix's former studio was then on the right bank of the Seine, near Notre-Dame-de-Lorette, in a trendy neighbourhood highly appreciated by artists, La Novelle Athènes.

To avoid the tiring daily walks from this studio to Saint-Sulpice, Delacroix asked his friend and merchant, Etienne Haro, to find him a new place on the left bank of the river. Haro proposed a charming apartment in the heart of Saint-Germain-des-Prés, then a quite popular vicinity, on the small square Fürstenberg. The place was located between a yard and a garden. Delacroix was seduced by its quietness and by the possibility of a private garden.

Although he was renting the place - which was owned by the family who built it at the end of the eighteenth century - Delacroix accomplished huge renovation works there, spending more than 8,500 francs (the equivalent of around two and a half million euros in today's currency). The apartment was on the first floor without access from the yard. To link the two spaces, Delacroix decided to create a long, high staircase, which gave the impression of entering an aristocratic hôtel particulier. He also planned the whole arrangement of the apartment, wanting it to be as comfortable and quiet as possible.

The garden was the focal point, and Delacroix commissioned his new studio to be built there, linked to the apartment by a staircase. The artist designed the studio himself, choosing to decorate the façade with plaster casts from antique masterworks in spite of the fact that he was the only one to see them. It was a place à soi dedicated to his desire for peacefulness. Delacroix was very fond of his petit jardin - a haven of nature secretly preserved in the heart of Paris.

Transformation from studio to museum

After Delacroix's death in August 1863, the apartment and studio returned to the owner. Different people occupied it between 1864 and 1926. A Catholic school, run by the Saint-Vincent-de-Paul brotherhood, was managed there at the beginning of the twentieth century - yet the overall arrangement of the place remained.

By the mid-1920s the studio was under threat of destruction as the current owner, Monsieur Pancoucke - heir of the family who had built the edifice - wanted to create a garage. Several artists and curators, appalled by such a decision, gathered in the Société des Amis d'Eugène Delacroix to save the painter's last studio for posterity.

Henri Matisse, Edouard Vuillard and Paul Signac were, amongst others, members of the Société. Presided over by Maurice Denis (1870-1943), the association succeeded in saving and renovating the place - and in June 1832 the Musée Delacroix opened under the name L'Atelier Delacroix as a private museum, still strongly supported by the French state.

At this time the Musée included the studio and the garden only; the apartment remained private until the 1980s. It was partly included in the museum from 1980 - with access to Delacroix's former bedroom, living room and library. The décor and layout were aligned with la mode bourgeoise of the time: dark material on the walls and heavy curtains. 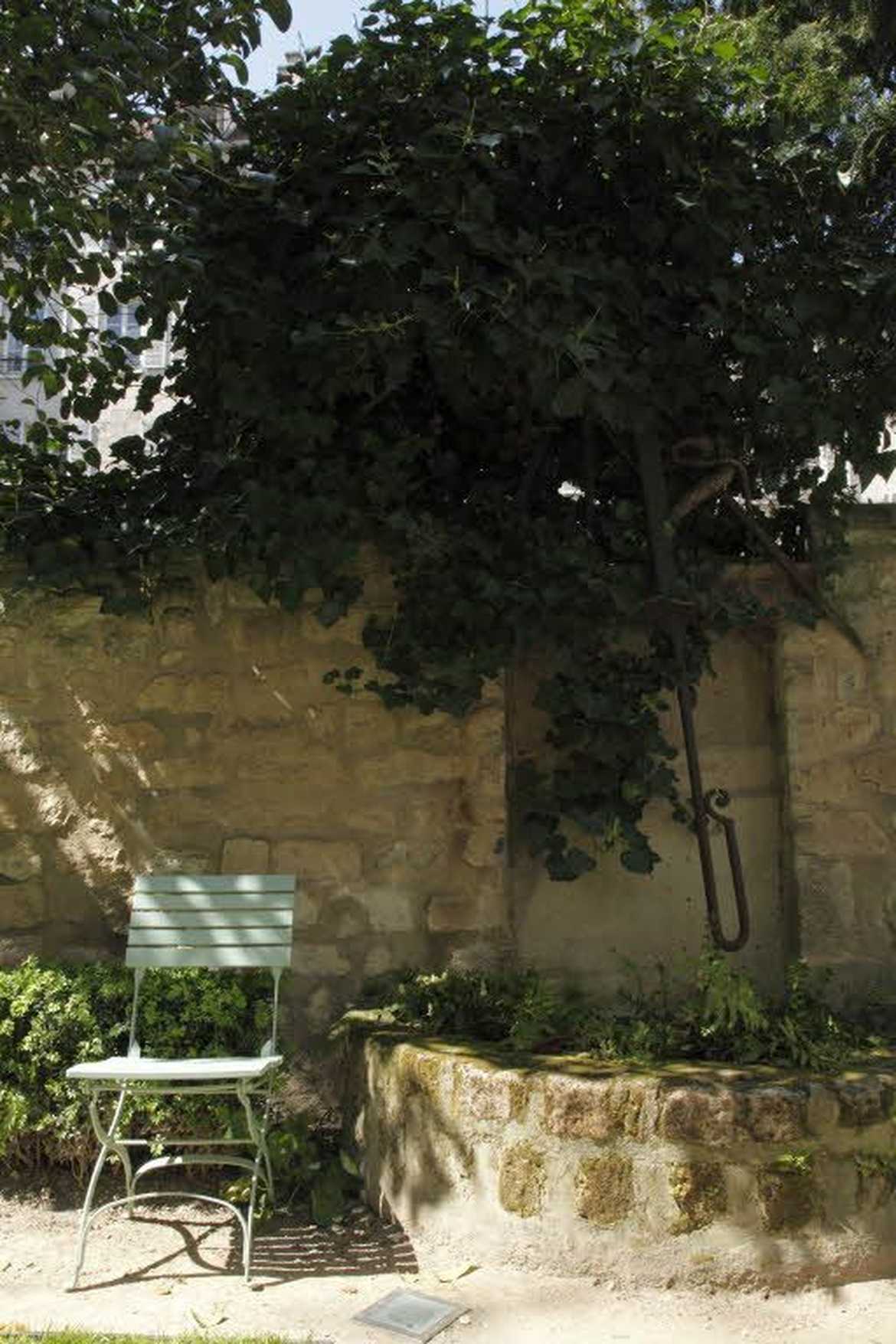 In 2012 the acquisition of a new space on the ground floor afforded the Musée Delacroix the opportunity of imagining a renovation, starting with the garden, initiated by former Director, Christophe Leribault, and directed by the gardeners of Les Tuileries, Pierre Bonnaure and Sébastien Ciret. The idea was not to recreate Delacroix's garden exactly as it had been; no drawings or photographs exist. Instead, the designers sought to re-imagine it with reference to a contemporary invoice belonging to Delacroix's gardeners - found in the painter's archive - and his own writings, especially his diary. By creating a new space which permits visitors to share Delacroix's special place, the garden renovation has been highly successful.

This same spirit led the renovation of the apartment. The installation of the bookstore and welcome point of the museum on the ground floor allowed for the library and offices to be situated in the former bookstore. The work was complete by the end of 2015, and freed the whole of Delacroix's apartment for the museum spaces. At the start of 2016, renovation works started on the former library, originally Delacroix's dining room - a space that never had been part of the museum

As had also been the case with the garden, the idea was not to restore the library as it had been, but instead to re-imagine it as close as possible to Delacroix's original design, and to create a space suitable for a museum. The former led us to retain the historic layout of the place: to emphasise the niche created by Delacroix, highlight the links to the corridor and living room, and to recreate the colours chosen by the painter - a light and delicately shining white. All the information was gathered from Delacroix's archives. The latter enabled us to change the whole lighting system, to renew the windows, and to facilitate education through labels and panels. Conducted by Anne Philipponnat, architect at the Louvre, the renovation was undertaken by the Louvre's museographic workshops. The new space opened to the public at the end of July 2016, and provides visitors with a new and engaging way to discover Delacroix's last studio home.

The renovations will continue next autumn with Delacroix's former library, a small space leading to the garden and then, between January and April 2017, with the former bedroom and living room of the artist. The project will be completed in time for the exhibition dedicated to Maurice Denis - painter and first Curator of Musée Delacroix - next May. More than 150 years after Delacroix's death, and some 90 years after the transformation of his apartment into a museum (thanks to the involvement of several great contemporary artists in preserving his legacy), the Musée National Eugène-Delacroix will allow the painter, writer and engraver, to be fully at home there. As Denis wrote in the catalogue for the inaugural exhibition at the Musée Delacroix in 1932, Delacroix et ses amis: 'Voici Delacroix chez lui.'

Ms Dominique de Font-Réaulx is Director of the Musée National Eugène-Delacroix and Senior Curator at the Louvre.